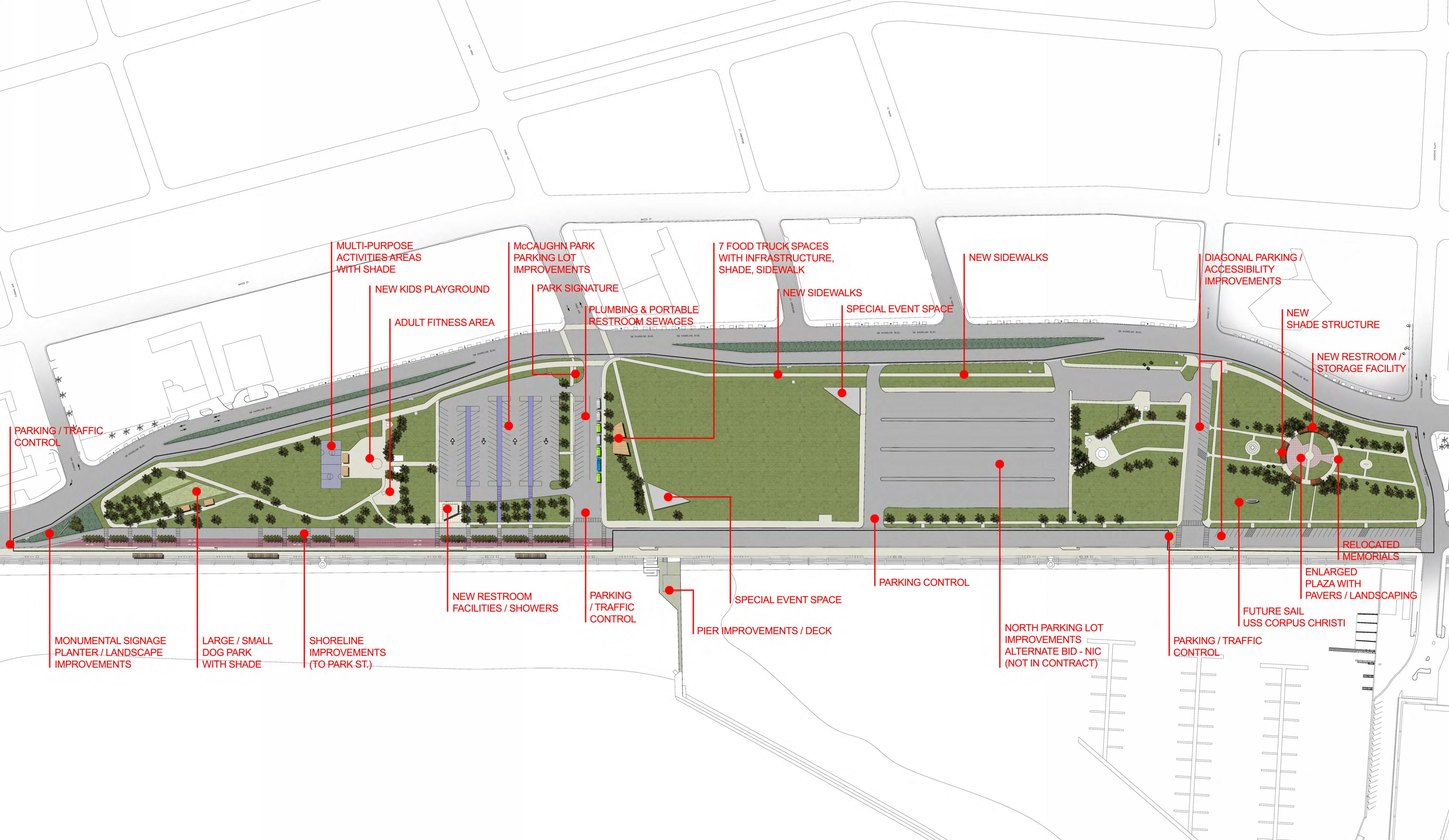 The major street construction on Shoreline Boulevard associated with the Bond 2008 project is complete. Traffic is diverted to the newly constructed lanes and off the northbound Shoreline Boulevard traffic lanes, which will permanently be blocked from vehicular traffic. Two lanes in each direction will be open to traffic on the newly aligned roadway.

In November 2008, the voters approved Bond 2008Proposition 7, the Bayfront Master Plan Project, which included reducing three lanes to two lanes in each direction and the realignment of northbound Shoreline Boulevard traffic lanes. The realignment begins near Furman Avenue and Buford Street and continues north until the lanes merge near William Street. The new Shoreline Boulevard realignment provides a large pedestrian area connected to the water, McGee Beach and the Coopers Alley L-Head.

The contractor will complete final improvements for landscaping, driveways and parking lots. This work will require only minimal traffic disruption with temporary lane and driveway closures. Temporary construction barriers will remain in place to protect the workers and to aide vehicle navigation with the newly aligned roadway.