He’s a silver and shiny troublemaker. His close friends in the recycling bin call him Al (even though he really doesn’t have any friends). According to his wrinkled and tinny birth certificate, his full name is Al B. Foiled. He is more commonly recognized as dirty aluminum foil, and he is one of the least-wanted offenders in The Recycling Bin’s Dirty Dozen!

Despite Al’s shiny exterior, he holds an unusually large number of dirty little secrets. He carries those secrets in the form of countless particles of food waste that hide in his many silver crinkles. These food particles can lead to contamination of other recyclables.

Even though Al wrapped himself around last night’s meatloaf, clung to the top of a big container of mashed potatoes or stretched out under that last piece of apple pie, the crumbs and food bits he hides only foil his attempts to be accepted by the other recyclables in the blue bin. 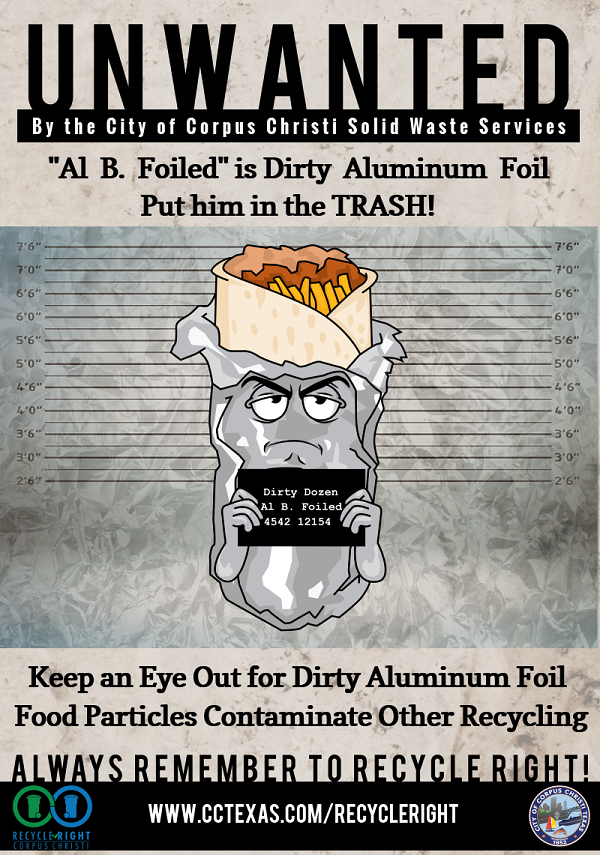